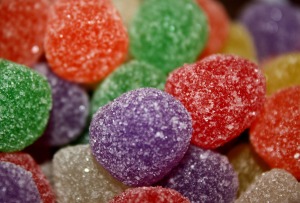 Have you ever felt so happy that it seemed as if happiness was emanating from your pores? How long did the feeling last? A moment? An hour? A day? Or even longer? For months now I’ve felt this crazy happiness phenomenon. Yes. Phenomenon. So happy in fact that it feels as if happy rays are bursting from my body and would be contagious to anyone walking nearby?!?! Hmmm…

At first I didn’t recognize the feeling. Yes, I’ve been happy loads of times and I knew I was happy, but I had no EXPLANATION for it. What gives? Where was all this HAPPY coming from, anyway? No new purchases have been made recently… My car, as much as I do love it, is two years old. I’ve maintained the same weight for years now, so no significant weight loss to report. No major changes have happened… same red hair, same downtown apartment that has been my dwelling for the past six years and I work for the same corporation for a decade now. No new love has entered my life, much to my dismay (LOL!), so I’m not in love. There is not even a love interest, crush or otherwise, so I’m not infatuated. So what is this euphoric feeling?

See it all began December 31, 2011. I wasn’t even sure I wanted to do any “celebrating” of anything let alone a new year. Blah. Blech. Humpf. It had been a strange end to 2011 to say the least. Back in August I took a hiatus from life. Now, mind you, I still went through the motions of going to work, checking Facebook, paying bills, writing the occasional blog and doing the daily routine stuff, but I was disenchanted.

Depressed? No. Disenchanted? Yes. This was the word I prefer to use to describe my brief escape from life. I was not down or depressed. There were no tears. Nope, I wasn’t miserable. If I had to put my finger on it… I was just tired and uninterested. Bored. Maybe? Usually, I’m the girl-about-town with a social calendar what would make your head spin, but one day back in August I decided to decline invites **GASP** Meet a friend for java at the local coffee house? Nah. Go to a wine tasting with my downtown pals? Nope. Go to the movies? No. Out to eat with my besties? Not right now. Whatever the invite. Yep, you guessed it… I declined. In my own way this was an attempt to reboot. I think.

A dear friend invited me over for NYE. She knew of my disenchantment phase as I had declined each and every one of her invites for months, yet bless her heart she still urged me to hang out at her place, low-key, “we could just snack, watch TV, talk and sit around in our PJs then sip some bubbly” to ring in the new year. At first I told her I wasn’t really sure I wanted to do anything and I would keep her posted **sigh** Thankfully, she understood. Then the day before I figured… why not hang in my PJs. Sounds like a good deal. Quiet. Peaceful. Just what I needed during this disenchanted phase. Plus I was just gonna hang out in my PJs at home… figure I can do it at her place, right? So it was a deal. New Years Eve plans solidified.

And then it started. A feeling. Hmmm…That night while we chatted and attempted to catch up from the months of my disappearing act… I felt it. Happy. Not that I was particularly sad for months, but I felt ELATED. A new kind of happy. A happy on steroids **smile** I told my friend I had a feeling that great things were in store for my friends, family and loved ones in 2012. I dunno what? I dunno how or even why? But this simple truth I knew in the very core of my being… 2012 was bound to be magical. Phenomenal. Just watch and see…

The next morning I awoke to greet 2012. And that feeling was still lingering. It felt… magical. It was a new year, so I shrugged it off as excitement for what the year had in store. Everything feels all shiny and brand new at the start of a new year. That was it. That had to be it. My social calendar started to fill up again. No longer was I declining invites. I had to postpone meeting some friends because the date they suggested was already booked. The girl-about-town was back. My disenchantment phase was over. Just as quickly and unexpectedly as it started it came to an end.

January came and went. This feeling was still ever present. Then February. And yes. You guessed it. STILL HAPPY!! Does new year excitement last THIS long?? And then in March I started reflecting on all of the times spent with friends during 2012 thus far and how each and every one of them told me of some crazy, fantastic, even-sometimes-miraculous things that were happening to them. One finally got pregnant after infertility struggles, another started a healthy routine that has resulted in much weight loss, another negotiated a huge salary increase with the attainment of her dream job, another sold her house and is building her dream house, another friend met a goal while another attained a degree, and the happiness goes on and on. The list of accomplishments and happy times were astounding. Was I right? Is 2012 magical? 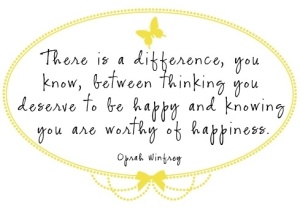 Then one day I stopped myself dead in my tracks. Why in the world was I questioning happiness? Isn’t this the feeling that everyone seeks? Once it finds you… why must there be a REASON? Perhaps I’ve always believed that happiness was fleeting, but maybe it is ever present… if only we open ourselves up to it? Accept it. No matter the cause. Here we are six months into the new year and I find that even today I’m still exuding happiness. Not every single day, mind you, but most days it is an overall good feeling. Whatever the reason, I’ve decided to stop questioning HAPPY and embrace it with all of its glory.

Yes, indeed. I like this happiness thing. My phenomenon has turned into a phenomenal. Yes. I am HAPPY and I know it. I think I will invite happy in for tea and ask it to stick around for a while. No questions asked. At least not anymore!! Happily… ever after **wink, smile**